Ingeniously original, a somewhat cracking good yarn fizzing with intelligence, some might say a brilliant masterpiece that makes you rethink the nature of existence and true structure of the world as we know it.

When POTUS, batty in the belfry packed with dull inorganic things without individuality or prestige, discovers the extent to the laws that governs the safety net that keeps presidents under control is sorely lacking in restraint, he goes all out hurling expletives, coupled with angrily belched insults, and waving his thumb at his nose at a long outdated system of government.

His first kill was of great proportions but not enough to satisfy his appetite for blood curling adventure.

He harbors disrespect for all women, his Cinderella and shepherdess wife Tatiana not excluded, who he treats like dirt while taking women hostage, holding them at an undisclosed location in bondage, locked in chains, at his disposal to satisfy his unconquerable lustful thirst for human flesh.
He continues on, a regular psycho, all the world his oyster, heartlessly dispatching and blindsiding those he considered downtrodden and losers.
As time goes by, his sick actions unnerve his blood brother Attorney General, Ed, his sidekick, with bee-stung lips, and some might say, his partner in crime.

As POTUS, filled with blood and guts and enthusiasm and vigorous pursuit, continues his unhinged journey spiraling out of control, stepping on any and every one’s toes and eliminating his foes one-by-one, some at the highest level of aristocracy on the other side of the world, all hell breaks loose in a stupefied nation on the other side of the iron curtain. The question was: at what point would the loyal watchful eyes stay at bay and be ruffled without their thinking cap, and not draw a line in the sand and let the monster they helped create get away with out-right murder, with democracy tapering on the threshold of danger. It was obvious the behemoth’s brinkmanship was under the microscope and was stretched to something ridiculously or impudently unsuitable. Where would it all … and at what point would the beleaguered nation be plucked from this unwarranted, misguided and mischievous activity?

Twitter not return 200
Auther
About Me
It is a long established fact that a reader will be distracted by the readable content of a page when looking at its layout. The point of using Lorem Ipsum is that it has a more-or-less normal distribution of letters, as opposed to using ‘Content here, content here’, making it look like readable English. Many desktop publishing packages and web page editors now use Lorem Ipsum as their default model text, and a search for ‘lorem ipsum’ will uncover many web sites still in their infancy. Various versions have evolved over the years, sometimes by accident, sometimes on purpose (injected humour and the like).

There are many variations of passages of Lorem Ipsum available, but the majority have suffered alteration in some form, by injected humour, or randomised words which don’t look even slightly believable.

Know More
NOT ALL MONSTERS LOOK ALIKE
ZOOMBIE
Sucking the blood out of people was all fiction; those were dreadfully terrible times. But we have come many years from whence we came. Sadly, we have a president who did unimaginable things that would even make Alfred Hitchcock blush. Yes, it’s all about him, the president that is, that’s like a cancerous sore that never heals; it keeps him wanting more and more regardless of who he had to kill to get what he wants. Whether they’re king or Queen or gay or straight, it didn’t mean a hill of beans. He was in for the long haul, no one the wiser of his dastardly deeds. His thirst for blood was mind-bending.
Purchase Now
Products
Feature Product

$15.03
NOT ALL MONSTERS LOOK ALIKE
ZOOMBIE
There are many variations of passages of Lorem Ipsum available, but the majority have suffered alteration in some form, by injected humour, or randomised words which don’t look even slightly believable. If you are going to use a passage of Lorem Ipsum, you need to be sure there isn’t anything embarrassing hidden in the middle of text. All the Lorem Ipsum generators on the Internet tend to repeat predefined chunks as necessary, making this the first true generator on the Internet. It uses a dictionary of over 200 Latin words, combined with a handful of model sentence structures, to generate Lorem Ipsum which looks reasonable. The generated Lorem Ipsum is therefore always free from repetition, injected humour, or non-characteristic words etc.

What Our Client Says!

Here Are The Companies I am Assigned to 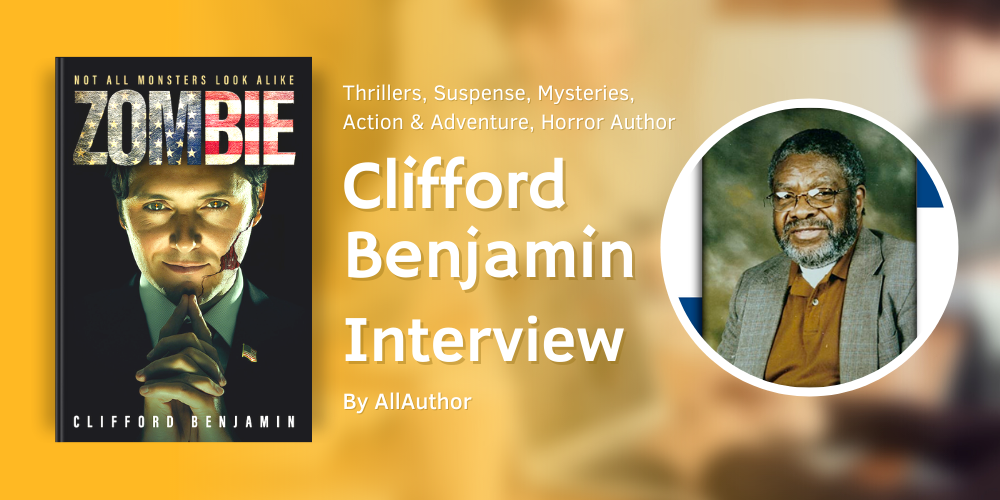 Clifford Benjamin was born in Ocala, Florida, and grew up in New York. He has been writing since 2000. He began his writing journey by writing short stories for Reader’s Digest. He attended Bluefield State in West Virginia for a year and a half but dropped out after no longer having a desire to study. His books are a treat to read and never bring disappointment. Read full interview... 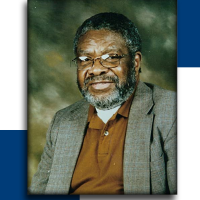